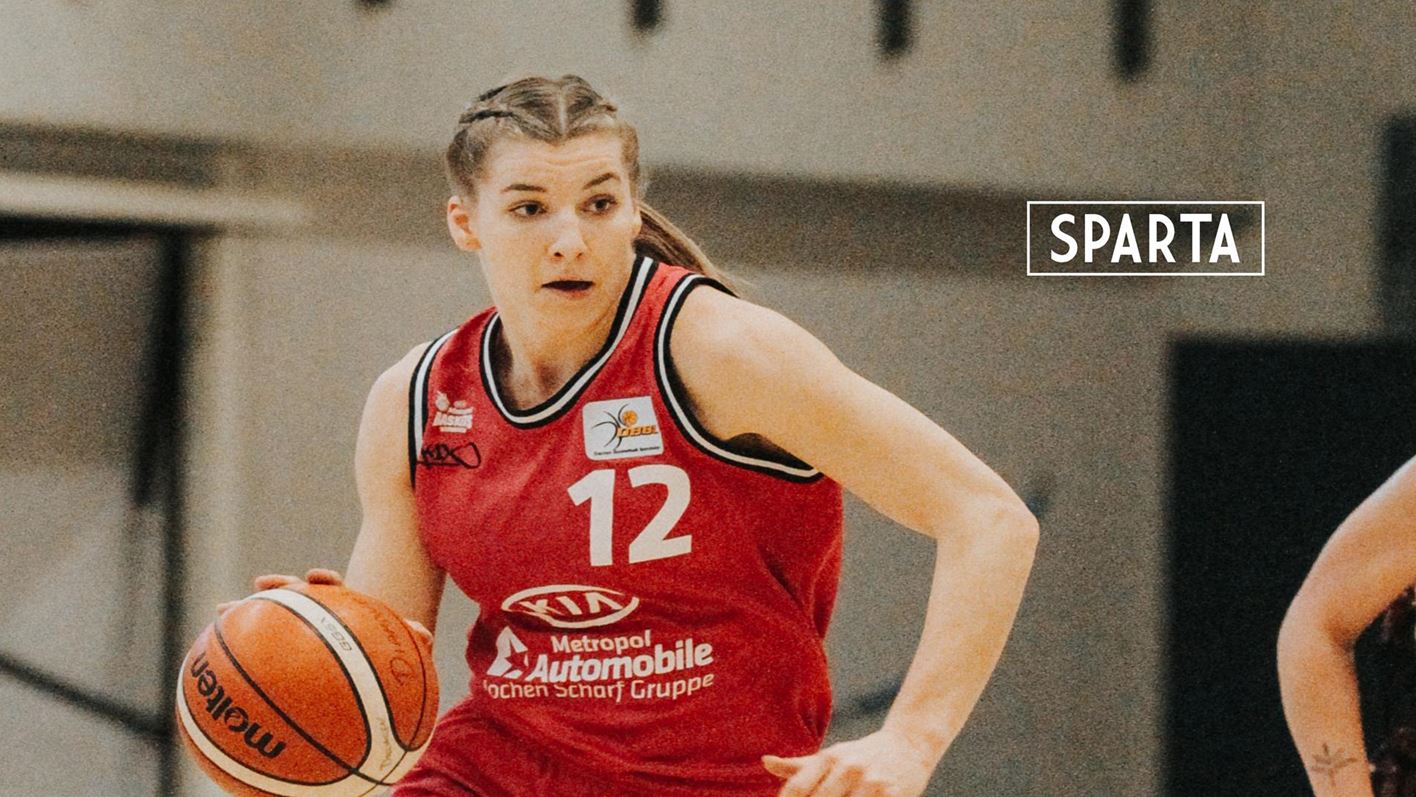 Tessa Allison (Ratzlaff) graduated from Trinity Western in 2019 as statistically the greatest women’s basketball player in Spartans history. She finished her career with a TWU-best 1,380 career points and 660 rebounds. Her 14.4 points per game over her five-year career also put her atop TWU’s all-time list.

It was indeed a career that will stand amongst the very best for years to come. A vivacious personality, Allison helped lift the women’s basketball program to previously unseen heights.

Following her graduation, she took her game to Germany to embark on a professional career with the Kia Metropol Baskets Schwabach in Germany’s second division.

So, what was it like? Although the season was cut short due to COVID-19, it was all in all a pretty good year of basketball, language learning and cake baking.

So, first day in Germany and joining your first-ever professional set-up – what was it like?
“We got their September 1st and on the first day I got there – after a quick nap – I met all the U14 girls on the team I was going to coach, which was part of the deal, and then that night I had a practice and met all my teammates. They just threw me in right away. It was interesting and different, but all the girls were super welcoming.”

Wow. So, we hear that you and your husband, Josiah Allison (note: Josiah is also an alum of TWU’s men’s basketball team!) move around a bit?
“Yea, we actually stayed in four different places over our time there. We first stayed in the city of Schwabach, which is near Nuremburg. It was adorable and really cool for our first month. Then we had to move to another little town called Rednitzhembach and we were living there for two weeks with this family, who we got to know really well. We called them our German parents and they came to all my basketball games and we hung out with them all the time. It was really cool.

“After that, we house sat at another place for two months until December and then my manager found us a basement suite for the rest of the time. But we were kind of told that beforehand, so it wasn’t a big deal.”

Are you fluent in German now?
“Not really, but I now know it a bit. We got to have German lessons once or twice a week. Jo is basically fluent though. He did a five-week course in Nuremburg and he really just committed himself and can hold a conversation quite well, which was really cool. I tried to learn a bit by watching some kids shows in German. I watched Shrek in German and Spy Kids in German.”

What was the basketball like?
“The competition was similar to U SPORTS, but I think U SPORTS was just a bit of a faster pace. The girls are a bit older in the league, but it’s not quite as quick, but I felt like I was in a good spot for my first year.”

Away from the court, what kept you busy?
“I did lots of reading and I also did a lot of cooking and baking. For their games, instead of having pizza, pop or hot dogs, they have fresh cakes and big pretzels – homemade from scratch. Every week, three people from the team would make a cake and bring it. It was so funny. Here the Germans got their fresh cake, fresh pretzels and fresh buns and coffee and in North America, we’re in eating pizza and hot dogs.

“One time I brought some muffins and that was a bit different. I wanted to change it up and I brought Valentine’s Day cookies, which to them was different from their loaves and cakes. I did bring a toffee cake once.”

What looking back, how would you describe your experience?
“Overall, when it ended I was sad to leave because I felt my time wasn’t done. It was a really good experience. We got along so well as a team, which was awesome. We loved to be together, whether it be playing together or making dances or whatever. It was a really cool community to be a part of.

“We loved the city and it was super cool to easily hop on a train and go to Nuremburg. Learning German was an extra bonus. The whole experience of the culture, the team and the place where we were living was just a great overall experience.”

How did your experience at TWU prepare you for your time in Germany?
“Because my five years with the Spartans were so competitive and practices were so competitive, I certainly helped bring competitiveness to the practices and games. With my leadership in the past two years at TWU, I felt, in a way, I brought some of that to the team. We were always so fit with (TWU coach) Cheryl (Jean-Paul) and so in Germany my cardio was great.

“Cheryl always said, ‘We’re going to get better today,’ and that’s something I brought from my experience at Trinity Western.”

When COVID-19 started shutting leagues down, what was it like for you?
“We had to do some really quick goodbyes because we got to know so many people. Jo actually ended up playing on the club team as well while we were there, so we knew a lot of people, which was really cool. But obviously, the ending was crazy and quick and weird.”
So, what’s next?
“Since Josiah is starting law school in September in Calgary, I decided I won’t be going to Europe this year to play. I’ll be looking for a job in the fall and we’ll see what happens in the future. You never know what opportunities might come up in basketball. I’d be open to going back if a team needs players on a short-term basis, but for now I’ll be moving to Calgary.”

The Being Tessa piece is part of an extensive series, detailing the people and the stories that make up Spartan Athletics.