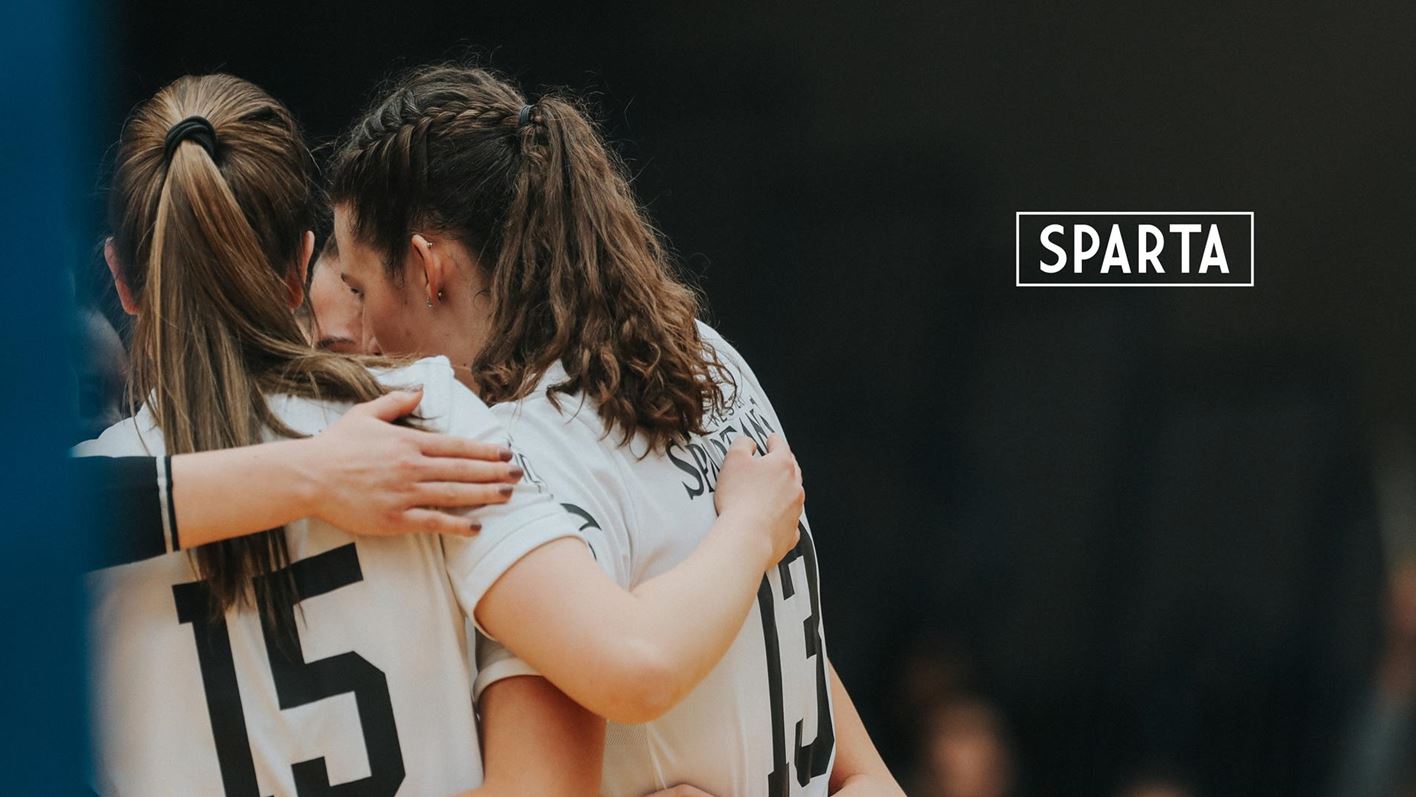 I walked down the hotel hallway from my room to the coach’s room a few doors down. As I approached the room, the emotions of the moment enveloped the space. Sadness, anger, frustration, disappointment and several others in between. Nobody was ready for the words they had just heard.

The room was filled with the entirely of Trinity Western’s women’s volleyball travelling contingent, including players, coaches and support staff when head coach Ryan Hofer announced that due to COVID-19, the 2020 U SPORTS Championships had been cancelled. It was Thursday night. The No. 1-seeded and Canada West champion Spartans had been scheduled to open their national tournament in less than 24 hours against the host Calgary Dinos. TWU had been the best team in the country all year and just five days earlier had captured the Canada West championship on home court. The Spartans were the tournament favourites.

But then, on one crazy Thursday evening, the season came to an abrupt ending. No champion would be crowned. Closure became something of an aimless tumbleweed.

Yet, despite it all, the tears on the faces of every player and coach in that room streamed much more for their teammates than the tournament.

“When we were in that final meeting and we were all crying in that room – those tears were because, yes, we couldn’t get gold, but a lot of them were because we just didn’t want the journey to end,” says fifth-year Jessica Bailey. “We all wanted happiness for each other and everyone was playing and acting so selflessly. It was so beautiful in that way.”

Fellow fifth-year Mikaelyn Sych adds: “There wasn’t one person not crying in the room. I truly believe it wasn’t because we lost an opportunity to win nationals. It was because we lost an opportunity to play one more time together. Knowing that we put our focus and priority on each other, it definitely made this heartbreak a much more personal matter than a career matter.”

Second-year Meaghan Mealey says: “It was definitely a mixed bag of emotions. It was sad mostly because we were so close. I think it was harder because we love each other so much. Even though it was only cut three days short, it just felt like it wasn’t finished.” In so many ways, this year’s TWU women’s volleyball team was a family. This is their story in their own words.

Meaghan: “Everyone had a genuine friendship and I think that helped everyone feel like they belonged. So many girls would just say that the thing they looked forward to the most was just being in the locker room together and seeing each other. You could talk to anyone about your problems and people wanted to listen and to help.

“I think we had a great sense of togetherness. Our coaches made our team motto Tough and Together and I think we were successful at making that who we were.”

Third-year Jayden Bontkes: “I’ve never been part of such a competitive environment that wasn’t overwhelming. Considering how competitive the environment was, I was shocked with how close we were as a group. It was loving, yet when you went on the court, every practice was a battle. We’re people before volleyball players and the coaches made that a priority.”

Third-year Olivia Heinen: “We all loved each other and that was our biggest priority and, with that, volleyball followed. Obviously volleyball was a huge priority for us. It has to be. But I think we did a really good job of making sure that we knew each other really well before we stepped on the court.”

Jessica: “It was definitely life-changing. It was just so amazing to be able to play freely. We really took time to get to know each other off the court. We were able to have those hard conversations without having negativity.”

Mikaelyn: “I’ve been on a lot of teams over my career and definitely finishing off with this specific year was very enlightening and motivating knowing my teammates are genuinely my best friends. It’s not like I had just two or three best friends on the team. I’m extremely tight with every single one of them. They know all my flaws and all my strengths and it definitely changes how we are as a group on and off the court. We can actually walk through life together.” It was truly an historic season, as the Spartans put together their best-ever regular season, posting a 22-2 record that saw TWU capture both the Canada West regular season and playoff titles.

Meaghan: “We always share our testimonies at the start of the year and that’s so great for getting to know people for who they are. Then you really know where people are coming from, so you can respond to situations in the most loving way.”

Mikaelyn: “The environment on our team allowed people to make mistakes without feeling that their character or self-worth is a disappointment. We can be the best and we can be the worst and it won’t matter because there is such a high level of trust and joy and love for each other. There’s no external worries of this one point or that point. Yea, we all make mistakes, but we can move past it.”

Jessica: “We all took it upon ourselves to be leaders. We all helped in making things happen and we all had responsibilities. When we were all able to trust in each other to lead, it really translated onto trust on the court.” Then there was that Canada West final on home court. After winning a quarter-final series with Winnipeg and a semifinal series with Thompson Rivers, the Spartans hosted the conference championship match for the first time in program history. Winning the banner in front of 1,500 fans at the Langley Events Centre was an unforgettable experience.

Meaghan: “It was so awesome. I’ve never seen a crowd so big. I don’t even know how to describe it. I think it was just so special to do that on home court. There was just such a good feeling after the game. It was an awesome night.”

Olivia: “That was one of the most fun games I’ve ever played in. Going in as a double-sub, you’re kind of freaking out a bit. There were so many fans and you’re hearing your name from all over the place. It was a blast and I thought we really showed our true selves that night. We got a chance to prove how tight we actually are and how close of friends and teammates we are and how much we actually love on each other.”

As it turned out, that game was the last for the 2019-20 Spartans women’s volleyball team.

The season that was, the championship that wasn’t and this special team will never be forgotten.

That night in Calgary, the players slowly left the coach’s room in a tear-filled fog.

They gathered in another room. The emotions remained. But they stuck together.

And eventually, they just relaxed and had one last movie night. They watched How to Lose a Guy in 10 Days.

The women’s volleyball team’s story is part of an extensive series, detailing the people and the stories that make up Spartan Athletics.